It is the first and the only rebreather on the market dedicated to diving in sidemount which does not take space on diver’s sides. It gives possibility of maintaing classic sidemount configuration along with keeping all benefits of CCR. At the same time it does not enlarge the size of a diver.

WHAT YOU NEED TO KNOW FOR STARTERS

There are two primary types of closed-circuit rebreather: electronically controlled CCRs, commonly referred to as an eCCR, and mechanical CCR or mCCR. The greatest difference between mCCR’s and their electronic counterparts is that they do no rely on complex electronic systems such as oxygen injection valve's or solenoid's to add oxygen to the breathing loop. Instead, they use simpler mechanical components that are less susceptible to failure in a wet environment.

mCCRs, due to their relative simplicity as compared to eCCRs, have far less dependency on on-board electrical components. The oxygen sensors embedded in these units—usually three, but sometimes more—are used to report on oxygen levels rather than control them. Additional electronic components can be as simple as a basic PPO2 display that is wired to the sensors to show real-time PPO2 levels. Instead of a solenoid, oxygen addition uses “leak technology,” meaning it flows at a measured rate through either a variable-flow or mass-flow valve whenever the oxygen supply valve is opened.

In 1998, KISS Rebreathers became the first company to incorporate a mass-flow addition system that also included a Manual Add Valve (MAV) into a recreational rebreather.

From that start, KISS Rebreathers still retains one of the highest safety records of any commercially built closed-circuit rebreather for recreational/technical diving use. eCCR divers who dive their rebreather’s manually must pay constant attention to oxygen addition, as the diver adding oxygen is the only way the gas will flow into the system. Not so with KISS mCCR’s as oxygen is added first by the mechanics of the mass-flow system with the diver only needing to augment oxygen levels manually as/when needed.

The advantage of using a small orifice in a mass flow valve is that it provides fresh oxygen at a constant, low rate of flow that closely matches the diver's own metabolic rate, eliminating large spikes in PPO2 that are more likely to occur with exclusively manual addition systems. 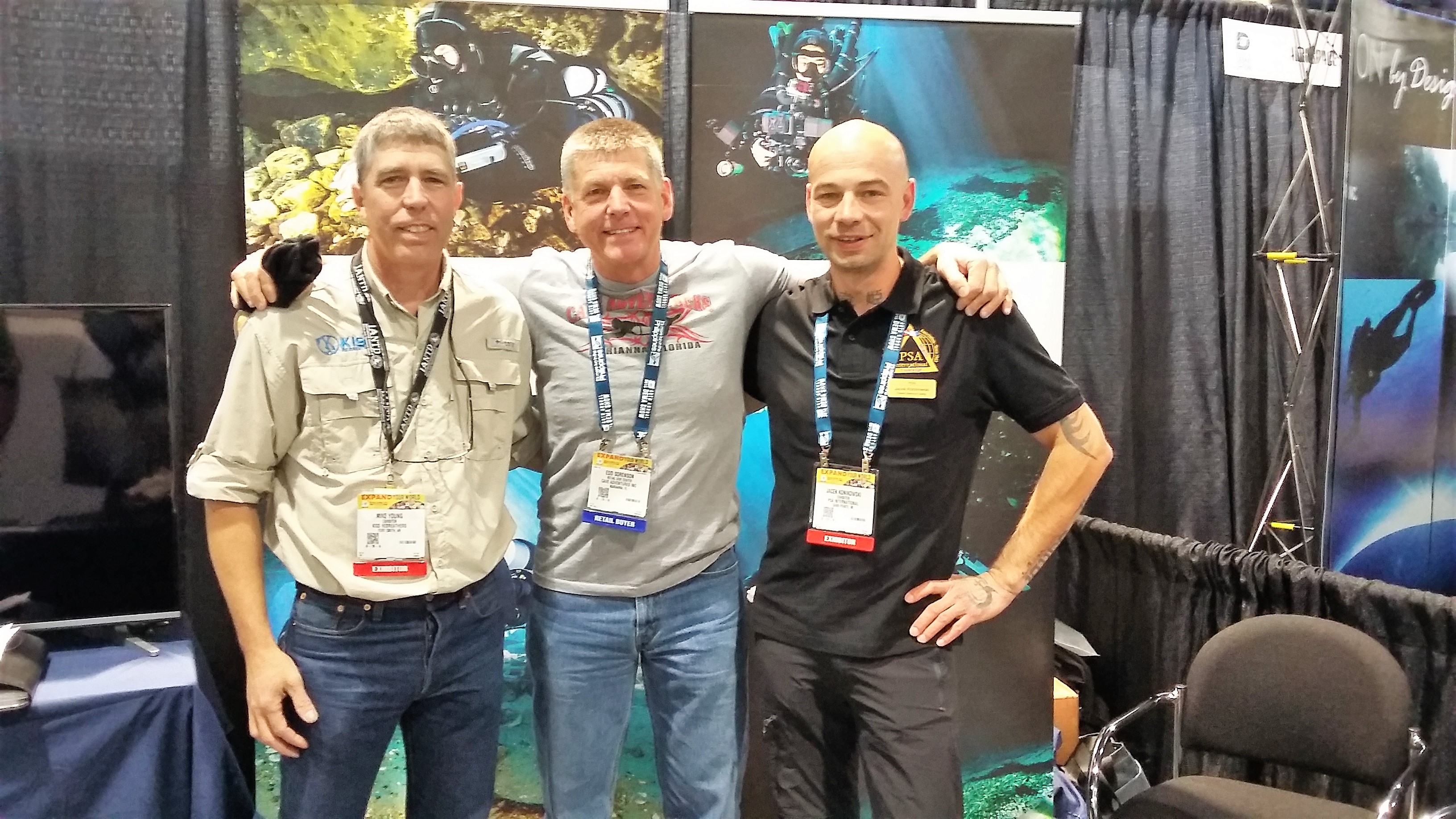 The design of KISS SIDEWINDER is based on components and technical solutions employed in the earlier models of the KISS SPIRIT series, i.e. ORCA and LTE. At launch, both mentioned models were regarded as innovative and certainly stood out among other solutions available at the time. The most innovative feature of the Spirit is that it employs a bi-axial scrubber system in place of the usual single-axial or radial scrubber common to most rebreather models. Advantage to this bi-axial design is that it is highly resistant to channeling, allowing for not only a greater safety margin, but also allows the user to easily remove, fill and replace each canister independently with minimum fuss. In additional to a greater safety margin, is also the more economical use of scrubber material between uses.

The Spirit rebreather is also unique in that it departs from the classic approach of mounting the oxygen/diluent canisters on either side of the scrubber. Instead, oxygen is fitted sidewise underneath the scrubbers, whereas diluent for the Spirit is provided by an off-board cylinder that can be mounted under either the left or right arm—the same way most CCR diver’s carry their bailout cylinder. Diluent gas is supplied to the Spirit via a high-flow hose with a quick-disconnect fitting. This off-board configuration allows the same cylinder to serve as both the rebreather’s diluent and bailout system, thus reducing the unit’s overall weight and profile.

Therefore, one may argue that SIDEWINDER is a reliable and well-known backmount unit featuring a number of necessary construction tweaks and changes for sidemount configuration.

ORIGIN OF THE IDEA

How did the concept come into being? Surprisingly, it was not born from a need to satisfy market demand, as it so often happens, but rather resulted from an urge to provide certain individual with a tool to surmount the unsurmountable. The following section includes a few words from the constructor (Mike Young) and the inspirator (Joshua Hotaling), which shed some light on the story.

„The SIDEWINDER concept was originally developed for a Marine Corps vet with an inspiring personality, Joshua Hotaling, who took up diving as therapy. He got into technical diving and cave diving. He loves side mount diving and wanted a side mount rebreather. I believe this would be a severe balance challenge with the current side mount rebreather's on the market. I promised him I would work on it until I had one for him. This is how the KISS Sidewinder got started. After diving the first prototype I was hooked. Many people have said the same thing. Thank you Josh for the inspiration to get this started!!!"
- Mike Young

„So a little about my story, I was in the Marine Corps for 7 years, when I was in Afghanistan in 2011, I lost both my legs and my right thumb when I stepped on a IED (bomb) while on foot patrol. In 2013 I got my open water certification for scuba at the military hospital in sandiego as part of recreational rehabilitation. After I started diving I couldn't stop because water Is such a good equalizer in didn't matter I had no legs it was a sport I could still excel at. I quickly started diving back mounted rebreathers and sidemount open circuit in caves but my cave penetration were limited due to amount of gas available and I'm a slower swimmer with hands only for propulsion so I wanted to start diving closed circuit in caves but some of the caves I was diving in Dominican republic needed to be sidemount for restrictions so I looked into sidemount rebreathers and found information online about the KISS SIDEKICK (classic sidemount rebreather mounted on the diver’s side like a cylinder) and Mike Young .

So at DEMA in 2015 I went over to the kiss booth and met Mike young,told him a little about myself and that I wanted to buy a sidekick for sidemount in cave, he explained how it wouldnt work good without my legs to keep myself from rolling on side when counterlung full.

After couple days talking a dema Mike really got a soft spot for me and wanted to give back/help out so he told me to give him sometime and he will develope a sidemount rebreather suitable for the way I dive.

From then on just been history with Mike, out of the 4 rebreathers I'm certified on, the SIDEWINDER works the best and is most streamlined easiest to dive, the past year I've had the privaledge of diving with Mike Young in Missouri, Florida and Grand Caymen on the sidewinder, he is a great friend and rebreather builder. The sidewinder is truly a unit that would be suited for recreational car diving due to simple to dive, trims out perfect with minimal effort. Or also be a great exploration cave rebreather.”